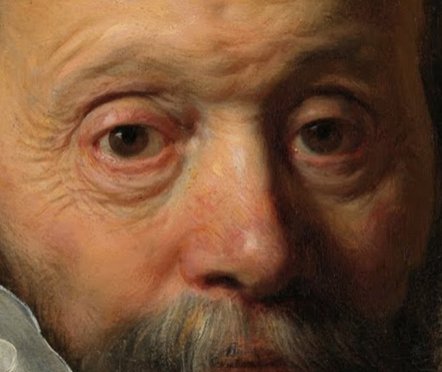 The shape of the eyelid fissure is a key feature of the aesthetic of the entire face, to the point that it has been showed that attractive Caucasian faces have a relatively narrower eyelid fissure width compared to the average Caucasian face (Seung Chul Rhee, et al. Biometric Study of Eyelid Shape and Dimensions of Different Races with References to Beauty. Aesth Plast Surg 2012; 36:1236–1245).

Ageing has a significant impact on the lower eyelid, secondary not only to the gravity; its role in fact is that of support the weight of a relatively heavy structure such as the eye globe. The stretch of the suspensory tendons of the lower eyelid seems to affect more predominantly the lateral canthal angle. As beautifully depicted by Rembrandt in the XV century it causes medial displacement and rounding of the lateral corner, inverted canthal tilting, lateral rounding of the eyelid margin with consequent inferior scleral show.

These laxity changes, combined to the ageing changes that affect the upper eyelid, such as upper sulcus deepening, cause a modification of the overall shape of the eyelid fissure from elongated, almond-shaped to saggy, round-shaped fissure. Quite commonly canthal and lower eyelid ‘malpositions’ can be of constitutional origin, minor forms of congenital euriblepharon with inferior scleral show, that give the impression of bigger, bulging eyes.

At the time of aesthetic rejuvenation or beautification of the periocular region it is crucial to recognise the position of the lower eyelid and lateral canthus to achieve improved our results. While I don’t perform nor advocate canthal surgery in primary blepharoplasty, I have a very low threshold to restore eyelid and canthal position when indicated.

In this respect there are many variant of canthal surgery that have been proposed during the last 20 years, and after having personally performed almost all of these variants I have now come to a rationalisation depending on the surgical indications:

1) if I want to correct an inverted canthal tilting with lateral scleral show, and restore an acute lateral angle I invariably perform a closed trans-canthal canthopexy as described by Hamra (Plast Reconstr Surg J 102:5, 1998) as this procedure is much more respectful of the anatomy of the lateral canthal structures while at the same time offering the right amount of correction with natural results.

2) if I need to correct lower eyelid and canthal malpositions secondary to a previous lower eyelid blepharoplasty, i.e. cicatricial ectropion i have come to rely primarily on the benefits of the endoscopic approach associated with Hamra’s canthopexy and lower eyelid retractors release. The endoscopic approach, offers to perform temporo-malar dissection associated with lateral canthal and orbital retaining ligament release under beautiful visualisation of the anatomy. The full release of the temple, cheek and lower eyelid offers an en-bloc mobilisation of these structures; proper suture fixation at the superior part of the malar eminence, near the lateral canthal area gives a strong elevation up- and outwardly. The lower eyelid retractor release allows to free the middle lamellar scarring from the eyelid margin and the associated trans-canthal canthopexy secures the canthal position firmly against the orbital rim, where it belongs. Compared to what has been previously reported, i.e. aggressive canthoplasties with bone screw fixation associated with trans-palpebral sub-periosteal mid-face lifting the endoscopic approach to the difficult lower eyelid offers a higher vector of tissue elevation with consequent improved effectiveness of the lifting factor on the lateral canthal/eyelid position allowing to minimise the amount of canthal surgery with consequent more natural results.