In cosmetic surgery, we must consider how our face ages over the years and take action on the aspects that have caused aging.

The ideal patient who benefits from a facelift is a woman between 40 and 65 years of age; in this age group, aging occurs mainly in the center of the face, and this must be the area of ​​greatest attention by the surgeon. 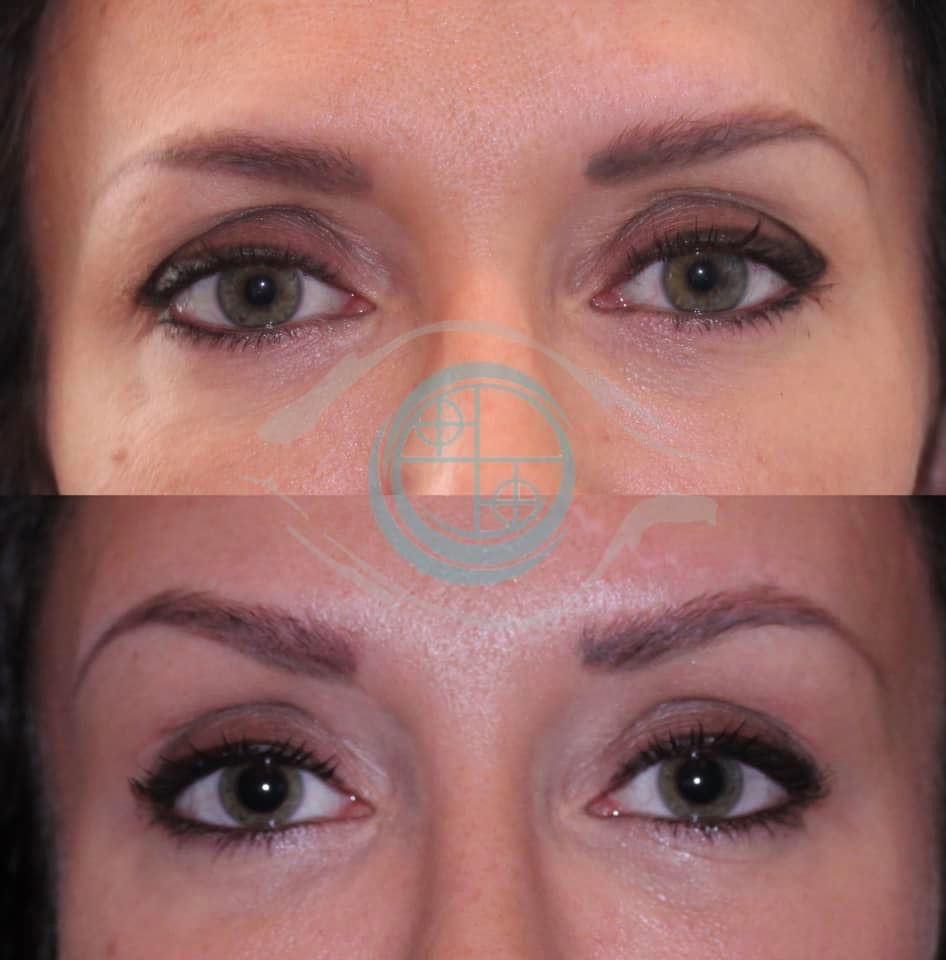 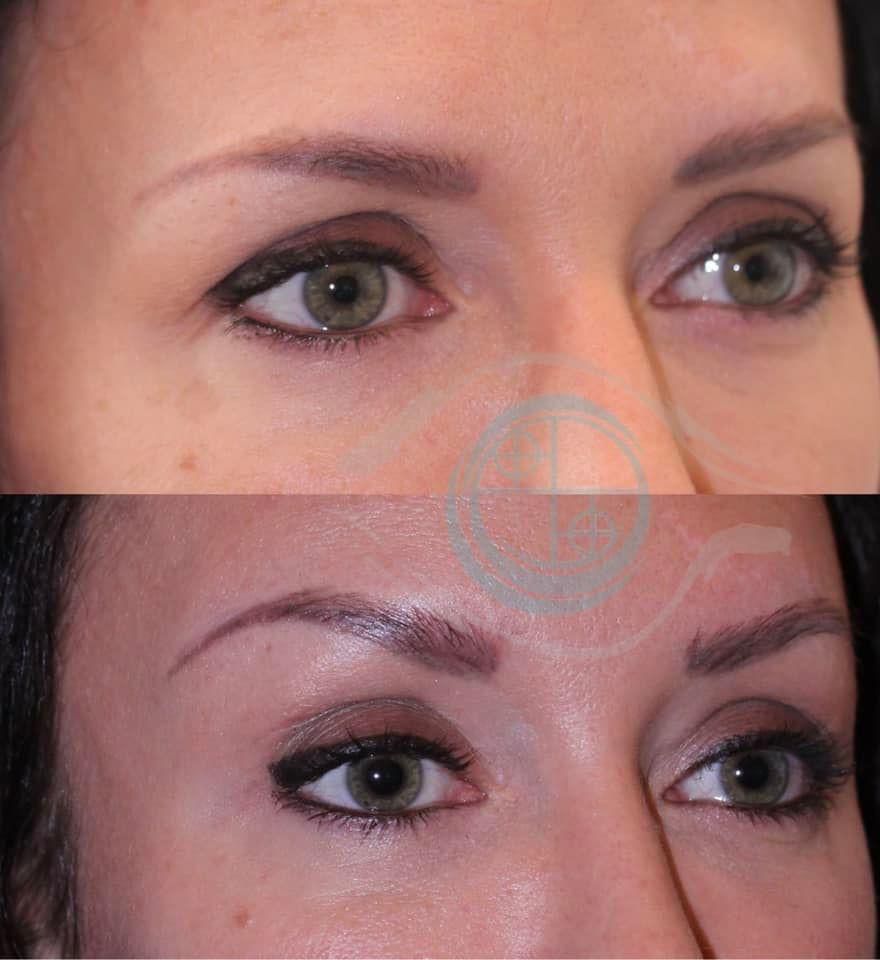 Endoscopic lifting is a minimally invasive cosmetic surgery technique that corrects the signs left by time on the face in a gentle way without leaving visible scars.

Endoscopy is the most commonly used technique for these operations both in the upper and central parts of the face. The eye area is the point where the attention of those in front of us is most focused. For this reason, the lifting of this area is one of the most requested interventions. In the aesthetics of the gaze, the following are of great importance:

All these structures can be significantly improved thanks to the endoscopic approach of the periocular region without leaving visible scars. In this video animation, you can appreciate the endoscopic technique in its main phases:

The Advantages of Endoscopy

The use of endoscopy offers countless advantages:

Together with the endoscopic lifting of the face or blepharoplasty, lipofilling is performed to obtain a complete three-dimensional rejuvenation and for a regeneration of the skin at the same time. I performed the SEFFI technique, an acronym for Superficial Enhanced Fluid Fat, an ultra-thin fat; rich in stem cells and growth factors that can be positioned on the surface.

The fat is prepared at the same time after the removal from areas of relative excess. The collection is performed through micro-cannulas thanks to micro-holes in the skin that heal without leaving scars. The sampling areas are the belly, the hips, the lateral part of the thigh. The SEFFI cannulas are extremely thin compared to the traditional lipofilling cannula (Coleman cannula) and have lateral micro-holes that allow for removing relatively thin fat. 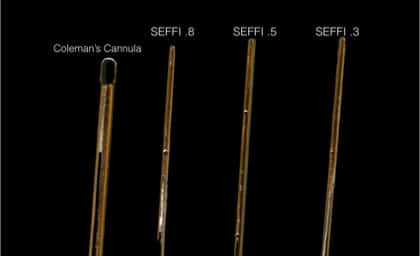 This is not liposuction, as small quantities are removed that are useful for the implant and not for slimming a specific area. Fat is associated with PRP (Platelet Rich Plasma), which contains stem cells and which promotes better engraftment of fat and much faster recovery. Our thin fat (micro-lipofilling) mixed with blood stem cells and fat growth factors is put into ready-to-implant syringes.

SEFFI (Superficial Enhanced Fluid Fat Injection), thanks to its reduced size by the diameter of the same cannulas with which it is taken, can be implanted on the surface, closer to the skin than traditional lipofilling, where it can better perform its regenerative function on the quality of the skin.

Forehead Lift
The lowering of the forehead and face occurs progressively from the age of 40 due to a normal aging process combined with the effects of gravity. The position of the eyebrow plays a leading role in the social message of the gaze: a lowering of the lateral part of the eyebrow, its tail expresses tiredness and sadness and therefore it is ugly, while on the contrary, a tail higher than the head of the eyebrow (the part closest to the nose) is a typical expression of youth and joy that sends the message of beauty. In some cases, blepharoplasty alone cannot compensate for the lowering of the eyebrow, and here the endoscopic lifting is helpful. Thanks to this modern endoscopic technique, the forehead and eyebrow lifting are now performed through 4 – 5 small incisions hidden behind the hairline and are performed in a day hospital and local anesthesia. It is typically associated with upper blepharoplasty. The final appearance is very natural and more effective than simple blepharoplasty: it can be recommended for both young and older patients. Excess tissue removal is not performed as in the traditional facelift: the final appearance is natural, and the patient looks like herself, but 20 years younger. No permanent implant is used, but the suspension is based on the large detachment and redistribution of the tissues in a natural way. The association of the endoscopic lifting with lipofilling of the region around the eyes allows obtaining an even more youthful and natural appearance with a lasting effect as the patient integrates the fat. To stabilize the eyebrow position in the postoperative period, it may be helpful to associate treatment with botulinum toxin, which helps keep the forehead in the desired position during the healing phase. My e-book on the latest facelift techniques: 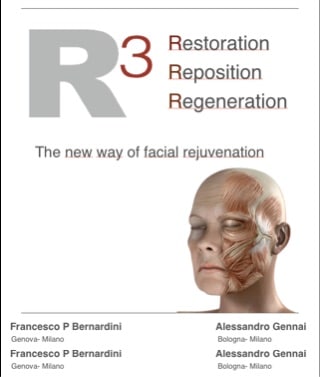 Other considerations on the endoscopic facelift
It is a revolution in my gaze rejuvenation surgical practice because very often, what we consider a sign of aging of our gaze is caused by the excess skin on the upper eyelids. It is also by the fall due to the effect of gravity on the forehead and the eyebrows, for which in ladies, there is a fall of the lateral part of the eyebrows. Therefore, the loss of that normal upward curvature of the eyebrow tail and hence a closure, a narrowing of the gaze but with the endoscopic lifting of the eyebrow, we can open very well. It can be associated with superior blepharoplasty, but very often, the endoscopic lifting itself allows to obtain a natural result without even having to remove the skin, which means that it is enough to raise the eyebrows to get a better result compared to blepharoplasty. It is much more natural because it goes to fix the fall of the forehead and eyebrow.

How it is done and why the endoscope is used
It is performed through very small incisions of less than a centimeter made behind the hairline, so they are not seen; the hair is not cut and shortened. We enter the incisions with the endoscope, perform a complete detachment of the region and then reposition the entire edge of the forehead and eyebrow upwards, taking special care in raising the eyebrow’s tail in the ladies. In males, we do not want to elevate them too much because it would feminize their appearance unless specifically requested. So, there is a difference between the man’s eyebrow and the woman’s eyebrow that we can respect, but this surgery is very effective and very stable.

It requires the implantation of resorbable material, so fixation occurs with sutures in the vast majority of cases, which resorb on their own. Recovery is rapid because there are no externally visible signs except those hidden in the hair, and it may or may not be associated with blepharoplasty. The surgery also takes place here under local anesthesia with minimum sedation, so the patient feels nothing, is relaxed or asleep, or only hears us chatting and listening to music: about an hour and a half or two after the surgery is finished.

The patient is therefore discharged and has no pain either during or after the surgery. The final aesthetic effects are absolutely natural and compared to a blepharoplasty that has the effect of significantly opening the gaze, raising and increasing this distance between the upper eyelid and the eyebrow itself, which plays a vital role in the final result.

Some examples of cases treated with endoscopic lifting: 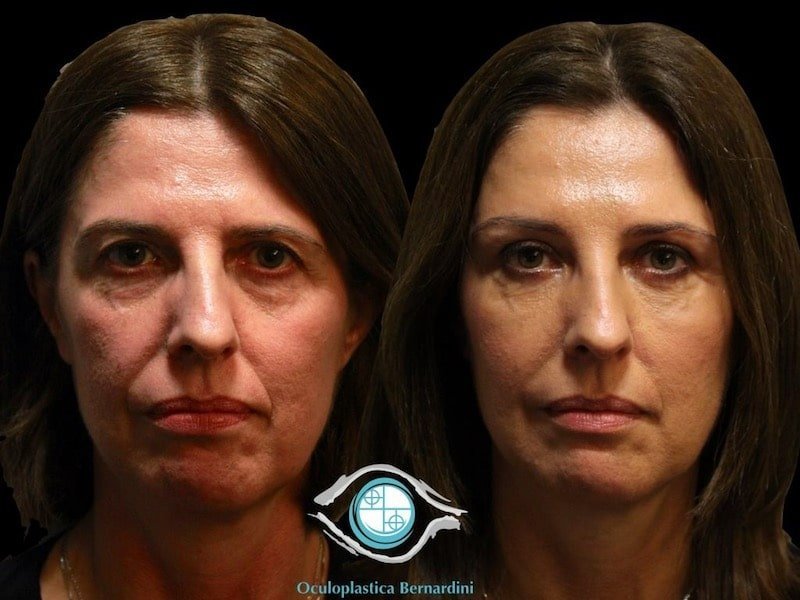 When prominent colleagues tell me that endoscopic lifting is not needed, I reply that my patients and I think differently! 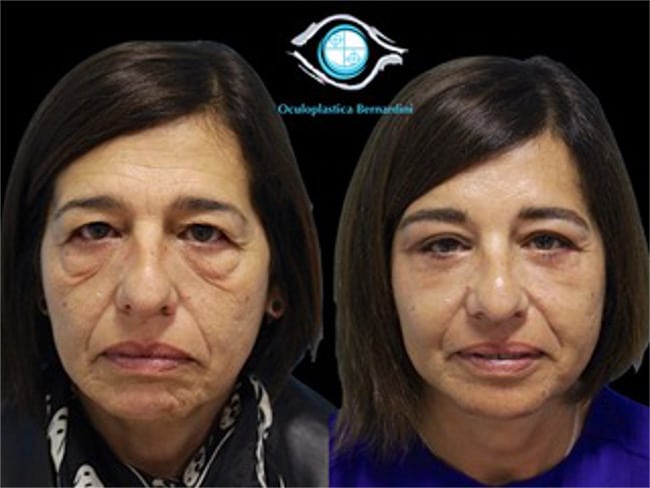 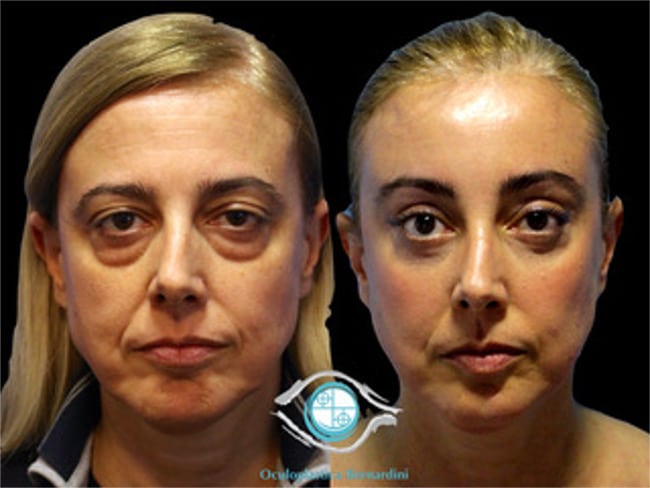 “The newest approach is endoscopic surgery – several small incisions are placed just behind the hairline, and a scope is used to assist in the surgery. In the right patient, this procedure results in less risk of numbness and scarring while having a faster recovery.”